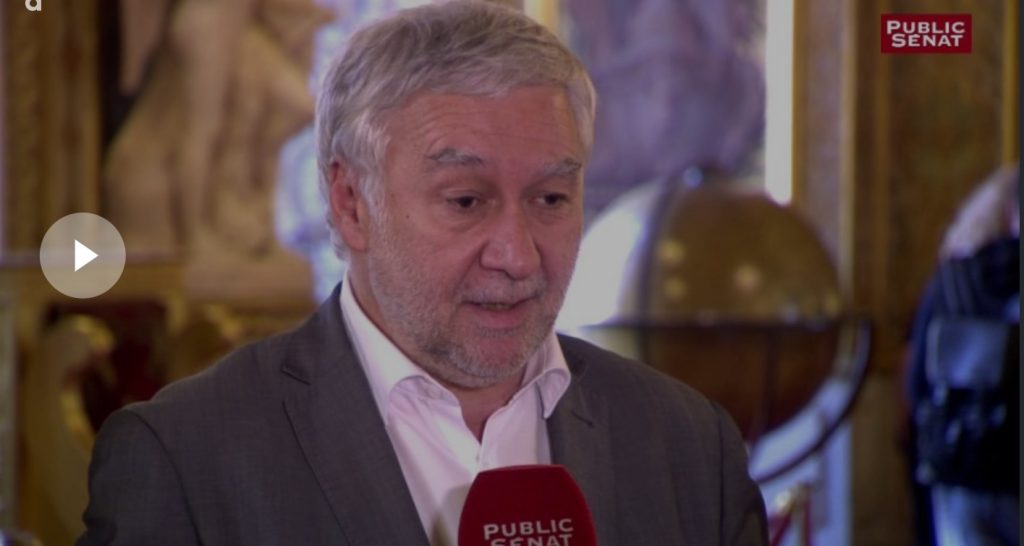 Reactions of the President of Climate Chance on the IPCC report

The IPCC's special report on the impacts of a 1.5° warming came out on 8 October. The President of the Climate Chance Association, Ronan Dantec, was interviewed on the subject by Europe 1 and the public channel Sénat.

Publication of the IPCC report

The long-awaited IPCC report, commissioned at COP21, was released on 8 October 2018. The reactions were numerous at the global level and the President of the Climate Chance Association, Senator Ronan Dantec of Loire Atlantique signed a platform calling for a « political leap ». Similarly, he spoke to numerous media outlets about the need to raise ambitions and take measures commensurate with the climate emergency. You will find here some of these interviews and the link to the platform he signed with 30 other personalities.

In reaction to the IPCC report, several political figures, as well as members of civil society and associations, decided to sign a platform calling on « national governments, including in France, to undertake, without further delay, the transformations necessary to put the planet and its inhabitants back on a path of limiting average temperatures to 1.5°C. This is the only way to really honour the promises of the Paris climate agreement adopted at COP21. We call on them to fully support those who are already delivering climate solutions around the world and in their territories, by putting in place regulatory and financial frameworks that will enable a sustainable redirection of activities and investments towards the ecological transition.

The battle against climate change is not yet lost. It is up to us, non-State actors and governments, to implement now the solutions that are equal to the challenge ».

Signatories of the Tribune

Link to the platform

Interview of the President of Climate Chance, Ronan Dantec, following the publication of the tribune

Interview on the Public Sénat channel