On the way to Accra!
Starting point of a long term work, the Climate Chance Summit-Africa will be an annual event, a milestone for the roadmaps advancement.
During the summit in Abidjan, the President of the National Association of Local Authorities of Ghana proposed Accra as candidate city to host the second edition of the Climate Chance Summit- Africa during the second half of the year 2019. 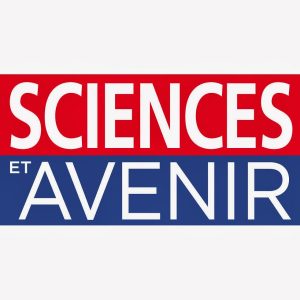 Sciences et Avenir talks about it ! 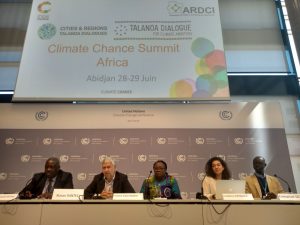 Under the patronage of the Vice-president of the the Republic, and under the mentoring and the presidency of the Prime Minister, Minister of the Budget and the State Portfolio, Chief of the Government, M. Amadou  GON COULIBALY, Mrs. Anne-Désirée Ouloto, Minister of Environment and Sustainable Development of Ivory Coast representing Mr. the Prime Minister, Dr. Eugène Aouélé AKA, Health Minister, President of the ARDCI, Robert Beugré Mambe, Governor of the Autonomous District of Abidjan, Jeannot Ahoussou Kouadio, President of the Senate of the Republic of Ivory Coast, Ronan Dantec, President of the Association Climate Chance, senator and UCLG climate spokesperson, Felice Zaccheo, European Commission’s Sustainable Energy and Climate Change unit Chief, Tosi Mpanu-Mpanu, Green Climate Fund administrator, Jean-Pierre Elong Mbassi, General Secretary of UCLG-Africa, as well as several presidents of regions, local government representatives, business and organisation leaders, networks involved in the fight against climate change representatives attended the Summit.

This summit was organised in partnership with UCLG-Africa, the French Development Agency, the BICICI and the development company ZENATA.

Overall, 65 organisations collaborated to the workshops and the resulting coalitions.

Discover the partner organisations of the Summit

10 workshops formed the starting point of a common work between the 65 participating organisations, to establish thematic roadmaps, that are operational in the African context on climate action key sectors:

These roadmaps are being finalized and will be published on our wbesite at the end of the summer. They will be submitted as contribution to the Talanoa Dialogue during the COP24.

The actors work on those 10 thematics will continue online.

The summit ended by a Talanoa Dialogue moderated by Jean-Pierre Elong Mbassi, secretary-general of UCLG- Africa and Bernard Soulage, secretary-general of Climate Chance, with a report back from the 10 thematic workshops and sectoral coalitions, and a discussion with ivorian and french government representatives, committing to take into account the conclusions of the Summit.

The Declaration adopted at the Climate Chance Summit – Africa closing ceremony presses on priority issues of the climate mobilisation in Africa: reinforcing territorial strategies, access to finances, gender integration in public policies, increased participation of youth in decisions, priority to education and training in order to prepare for tomorrow’s green jobs, taking into account the adaptation issue and exchanging data on the evolution of greenhouse gas emissions.

The adopted common position of non-state actors during the summit will be carried out to key international events of the climate agenda ( Global Climate Action Summit in California in September, Africities in Marrakech in november, COP24 in Poland in december).

« On the 28th and 29th of June 2018, for the first Climate Chance Summit – Africa, the present non-state actors (local governments, businesses, youth and women organisations, environmental and development NGOs, indigenous representatives, scientists….) gathered in Abidjan and  confirmed together their engagement and priorities to fight climate change on the African continent. […]

The Africities Summit in Marrakech (end of November 2018) will be the opportunity to launch this collective work and we offer the UNFCCC, moderator of the Marrakech partnership (MP – GCA), the possibility to associate the organisations of the African coalitions during the next meetings of the climate action agenda. We also request from the High level Climate Champions to report back on this African mobilisation in the final synthesis of the Talanoa Dialogues, given that the Abidjan Summit represents one of the main “Talanoa Dialogue” meetings on the African continent. […] »

The importance of local civil societies involvement by local governments was at the center of the summit debates. Thereby, KANYIKE Sarah Sebaggala, Kampala deputy mayor declared during the plenary “I have involved my city because we have to fight together as one African family. We need the youth, the NGOs, the women, and everyone else, to win this fight.”

To embody this engagement, 9 local representatives from Senegal, Ouganda, Ivory Coast, Ethiopia, Burkina Faso and Togo have signed the Declaration of the Local and Subnational African leader “Fighting Climate Change in Africa together” (view more on this webpage).

This specific call for african representatives, engaging in implementing their climate plans and the mobilisation of their civil society, was launched during the Climate Chance global summit in Agadir and endorsed by fifty local and regional African representatives.
Thus, the summit in Abidjan helped strengthen this dynamic by involving new local collectivities.

Download the updated Declaration of Local and Subnational Leaders of Africa

A week of events dedicated to climate change

Beyond the two-day Summit, 8 partner events took place in Abidjan the same week as the Climate Chance Summit – Africa 2018: meetings of the francophone youth, large and international initiatives and alliances of the climate change fight actors have organised work meetings, debates and side-events ahead or after the summit. It constituted a week for the African climate actors, in a strong rally and large african climate initiatives convergence momentum.

These parallel events were promoted by:

– The Covenant of Mayors in Sub-Saharan Africa

– The franco-québecois office for youth

– The French Embassy in Côte d’Ivoire, the Club of Abidjan Ville Durable ( Abidjan A Sustainable City) and the French Institute.

– The Global Alliance for buildings and constructions

Felice ZACCHEO, Head of Unit at the European Commission’s DG for International Cooperation and Development, invited the mayors of the CoM SSA pilot cities to become ambassadors of the initiative and encourage other cities to join this community, growing since 2016. He underlined the role of the networks in promoting and mobilising cities and encouraged the main networks – United Council for Local Governments Africa (UCLG-A), C40 Africa, ICLEI Africa, International association of French Mayors (AIMF), Commonwealth Local Government Forum (CLGF) to nominate additional mayors to join the group of ambassadors to give a higher visibility to CoM SSA initiative. The helpdesk of the initiative based in Accra and hosted by UCLG-A would be glad to receive your interest and provide further information on the role of the group of ambassadors.

The summit was the occasion for the international partnership « MobiliseYourCity » to train local representatives from African cities ( Morocco, Togo, Tunisia, Cameroon, Burkina Faso, Ivory Coast) to calculate greenhouse gas emissions, and allow them to build new urban and carbon neutral mobility policies.
MobiliseYourCity is now finalizing the calculation and prevision of emission tool that will allow cities to take into account the reduction of greenhouse gas emissions in urban mobility projects. This tool will be available in the coming months for all the cities that wish to use it.

A network of African urban agencies to carry climate transition

The African urban agencies network was initiated during the summit in Abidjan. An intelligent territorial planning is the first matrix to promote african territories resilience. To face the sustainable development challenges urban agencies are valuable tools. They assist local authorities in strategic planning and innovative urban planning policies of economic,social and environmental development. Their partnership-oriented governance goes beyond the administrative barriers and allows to associate with the civil society and the citizens.
The international urban agencies ( MTPA-gn) launched in Quito during Habitat III, brings together agencies from Morocco, Mali, Mexico, France.
A steering committee was formed around development agencies from Mali with actors from Burkina Faso, Ivory Coast, Niger, Sénégal and Togo. Its mission is to frame a roadmap for structuring a regional african network of agencies with the perspective of a meeting in Africities.

The Climate Chance Association launched on the 29th of June its new website climate-chance.org, a dedicated portal to the action of non-state climate actors including many ressources for and by climate actors: library, climate data, mapping of exemplary projects…
The association also launched in Abidjan its first call to contributions to the cartography for climate action: an intuitive and dynamic dissemination tool for projects led throughout the world by non-state actors who are committed to fighting climate change.

The objective of this cartography is to foster multi-actor exchange and to help the creation of new initiatives by highlighting best practices.

On the way to Accra!

Starting point of a long term work, the Climate Chance Summit-Africa will be an annual event, a milestone for the roadmaps advancement.
During the summit in Abidjan, the President of the National Association of Local Authorities of Ghana proposed  Accra as candidate city to host the second edition of the Climate Chance Summit- Africa during the second half of the year 2019. Save the date and stay tuned for ongoing updates!