Taking place from the 16th to 18th October in Accra, Ghana, on the theme of “Working together to step up climate action”, the second edition of the Climate Chance Summit – Africa, brought together 2,000 participants representing 50 different nationalities (including 34 African nationalities) and a variety of non-state actors engaged in the fight against climate change: local governments, businesses, unions, environmental NGOs, farmers, Women and Youth organisations, researchers.

As he opened the Summit, his excellency Nana Akufo-Addo, President of the Republic of Ghana, highlighted the role of local climate action. “Prioritising climate actions in your local plans is a must, he declared. Let us take action to reduce carbon emission in our cities and let us be part of the solution”. 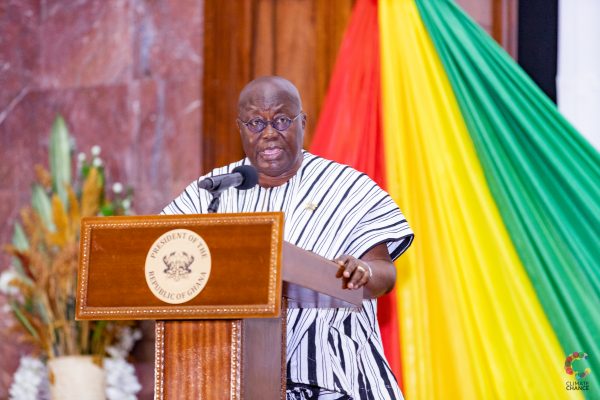 The Ghanaian President then announced the implementation of two funds with a total value of $300 million for the fight against global warming. “I have also established an Advisory Group of prominent, private sector Chief Executives, who are setting up $100 million SDGs Delivery Fund and a $200 million Green Fund, to complement the government’s efforts at tackling climate change, and funding the implementation of the SDGs”, he explained.

The Summit also had the honour of welcoming the former President of the Republic, his excellency John Kofi Kufuor, former UN Special Envoy for Climate Change.

High-level figures highlighted the importance of local action in Africa

For Senator Ronan Dantec, the President of the Climate Chance Association and climate spokesperson for United Cities and Local Governments (UCLG), “The success of this Summit reveals non-state actors’ will and need to work together and develop new projects. It confirms our willingness to continue to invest in strengthening an environment that enhances climate action in Africa.”

Jean-Pierre Elong Mbassi, Secretary General of UCLG-Africa insisted on how “the Climate Chance Summit – Africa aims to be the annual  ‘pre-COP’ for non-state-actors in Africa”.

The Honourable Hajia Halima Mahama, Minister of Local Governments and Rural Development of Ghana declared: “The main problem that local governments must face is access to finance, this subject will be dealt with during the Summit”.

Other important figures also contributed to the debate, such as  Jeffrey Sachs, Special Adviser to the United Nations on the SDGs and Director of Columbia’s Center for Sustainable Development, Tomasz Chruszczow, Special Envoy for climate change and high-level champion at COP24, Luc Gnacadja, the former Minister of the Environment, Housing and Urban Planning in Benin, former executive secretary of the Convention on Desertification, as well as many other committed climate actors.

Many African Mayors participated in the Summit as it also hosted the annual conference of the Covenant of Mayors in Sub-Saharan Africa (CoM SSA) on the following themes: finance, adaptation, mitigation and access to energy. Over 200 municipalities from 36 Sub-Saharan African countries joined the Co MSSA initiative, bringing cities from across the African continent together. These cities share common interests: sharing their climate-resilient urban development experiences and aiming to implement sustainable climate and energy actions.

“Stakeholder engagement is a prerequisite to ensure that we meet our objectives together. All sectors of society are important and critical to the fight against climate change” declared Mohammed Adjei Sowah, Mayor of Accra.

The Covenant of Mayors in Sub-Saharan Africa (CoM SSA) also showcased two new publications during the Summit: a cartography on available financing for African cities, as well as a list of 10 implemented financing solutions. 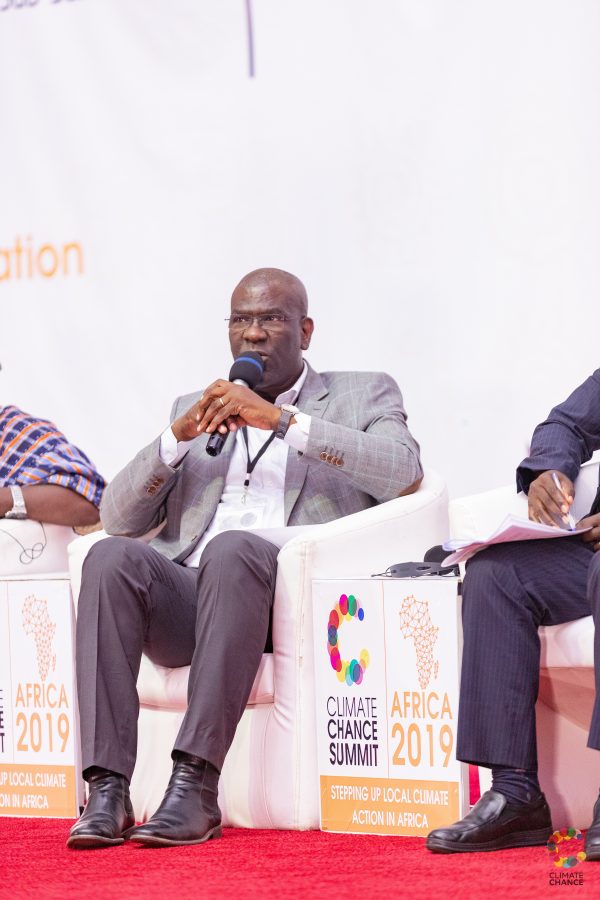 ICLEI Africa (Local Governments for Sustainability) also contributed to many sessions over the three days. “It is critical to build passion within the local network of people that can work hand-in-hand with the community to mitigate the climate challenge.”, stated Vincent de Paul Kayanja, Mayor of Entebbe (Uganda) and member ICLEI Africa.

By joining the CitiesWithNature initiative, led by ICLEI, The Nature Conservancy (TNC) and the International Union for Conservation of Nature (IUCN), ten African cities committed to conserving and restoring their local nature for the benefit of local communities and to spread the word on their work on a wider scale.

The 9 African coalitions organised work sessions during the Summit on these following themes:

Each one of these coalitions prepared its annual workshop in order to pursue work that was initiated during the 2018 Summit in Abidjan (Ivory Coast), to capitalise and to sharpen its roadmap notably by identifying concrete projects to implement over the coming year.

These projects include the creation of a comprehensive portal on financing opportunities for climate action;  reflection on the coordination of all actors working on climate data on the African continent and the dissemination of data; the creation of a network of local authorities and actors gathered around sustainable housing; the identification and dissemination of good practices on water and adaptation throughout 2020 to build a common narrative for the World Water Forum in Dakar in 2021.

The coalitions also worked on how to strengthen their activities over the coming year with dedicated local experts, but also how to adapt the roadmaps to certain countries, as it was done with the Ivory Coast roadmap during 2019, the definition of an Ivorian roadmap on sustainable mobility for 2050.

The Summit was he perfect opportunity for partners to unveil new information. Ademe international for example, published its report on “Electrifying Rural Africa” and announced its official support to 13 pilot cities currently part of the Covenant of Mayors for Sub-Saharan Africa.

The foundation stone of an African network of climate change journalists

The Climate Chance Summit in Accra gave pre-selected African journalists the opportunity to participate in a training on climate change issues, led by Climate Tracker. It brought together over 30 French and English-speaking journalists from different media who travelled from Nigeria, Benin, Togo and Burkina Faso and over 50 Ghanaian journalists, who all took part in the training. It provided the participants with the vital tools for covering the Summit. Having received nearly 500 applications, the training is the first step in Climate Chance’s long-term work with African journalists on climate change.

Overall, the Summit received great media coverage, both in French and English-speaking media.

Adoption of the Accra Declaration

The Accra Declaration, adopted by participants at the end of the Summit, called on States to shape an environment that supports local action and financial institutions in order to facilitate access to finance for local governments and non-state actors. It states a new approach for re-evaluating national commitments to reduce greenhouse gas emissions, based on the contributions of local authorities (“local determined contributions”).

This declaration acknowledges the importance of the Climate Chance Summit – Africa, an annual gathering of African non-state actors, by suggesting that the common messages delivered by each Summit should now be delivered under the umbrella of the Accra Climate Dialogue.