Meeting on December 10, 2017 in Paris for a final workshop to finalize priority proposals to facilitate their access to funding, non-state actors organizing jointly in the Climate Chance process have adopted by consensus 13 proposals to support the creation of an enabling environment, the improvements of financial mechanisms, and to propose priority areas of intervention as well as MRV measures for evaluation of financial mobilization.

This document builds on the work of the financing coalition created at the « Climate and Territories » summit in 2015, led by the FMDV (Global Cities Fund), UCLG (United Cities and Local Governments), GERES (Renewable Energies, Environment and Solidarities Group) and WECF (Women Engage for a Common Future). These proposals were submitted for advice to all 200 organizations gathered in the Climate Chance Strategic Orientation Committee (Major Groups Focal Points to the UN Convention on Climate Change (UNFCCC), companies, communities, NGO networks, leading the twenty or so thematic coalitions collaborating in Climate Chance).

The Climate Chance event “Access to climate finance: the priority proposals of non-state actors” of 10 December 2017 was the latest opportunity to clarify and adopt the final document. 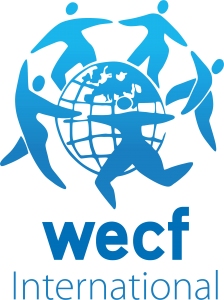