Despite the IPCC’s warnings of the severity of the climate catastrophe, greenhouse gas emissions continue to rise and the aggregation of commitments made by States at COP 21 predicts that temperatures will rise by more than 3°C in the 21st Century, calling for adaptation today.

The mobilisation of non-state actors (local authorities, businesses, NGOs…) and the multiplication of the projects and strategies they develop are not only a factor of hope, but are also essential if we expect to achieve a carbon-neutral world by 2050 while ensuring the essential needs of populations.

To this end, Climate Chance launched the Global Observatory of Non-State Climate Action, not to aggregate all the actions and their impacts, but to understand where the most interesting dynamics lie: in the intersection of national public policies with the mobilization of actors, in the initiatives of networks of local authorities, in the involvement of the world of finance and the evolution of its instruments.

It constitutes a very complete and unique overview with 4 thematic Reports, renewed every year:

What has been said about it:

« Congratulations for the Report of the Climate Action Observatory, a mine of information, a very useful tool for reflection. » – Brigitte Collet, Ambassador for France on climate negotiations

« We cannot dissociate State and non-State actors in silos, success requires a synergy between public policies, local authorities and civil society, and this is the message conveyed by Climate Chance in this Report. » – Jean Jouzel, Honorary President of Climate Chance, climatologist, former Vice President of the IPCC scientific group 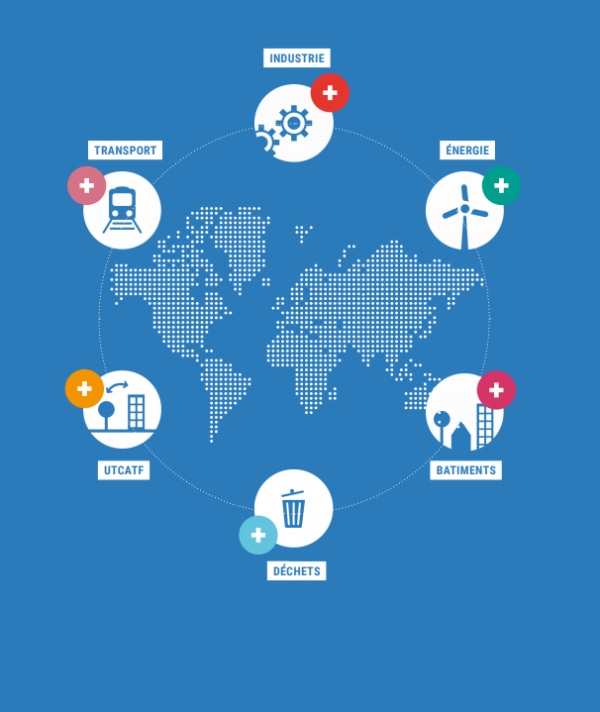 The objectives of Climate Chance’s Non-State Global Observatory for Climate Action are:

What has been said about it:

« Bravo to the Climate Chance Observatory for capturing the complexity of the sector in so few pages. Reading the transport section of the 2019 Report avoids reading hundreds of pages in English from different reports. A very useful meta synthesis. » – Claire Bernard, from the Michelin Foundation

« Congratulations on this robust Report, we have rarely seen such a comprehensive report in French with all these references. AFD will use it to carry out an exercise to mainstream climate change concepts through the initiatives and actions it identifies. » – Christophe Buffet, from AFD’s Adapt’Action Program

Publications of the Climate Chance Observatory

Our case studies analyse the recent evolution of emissions in a sector or adaptation action, in a territory: country, city or region.

Projects of the Observatory

HERE
By continuing your visit to this site, you agree to the use of cookies for audience measurement purposes.
DeclineAccept