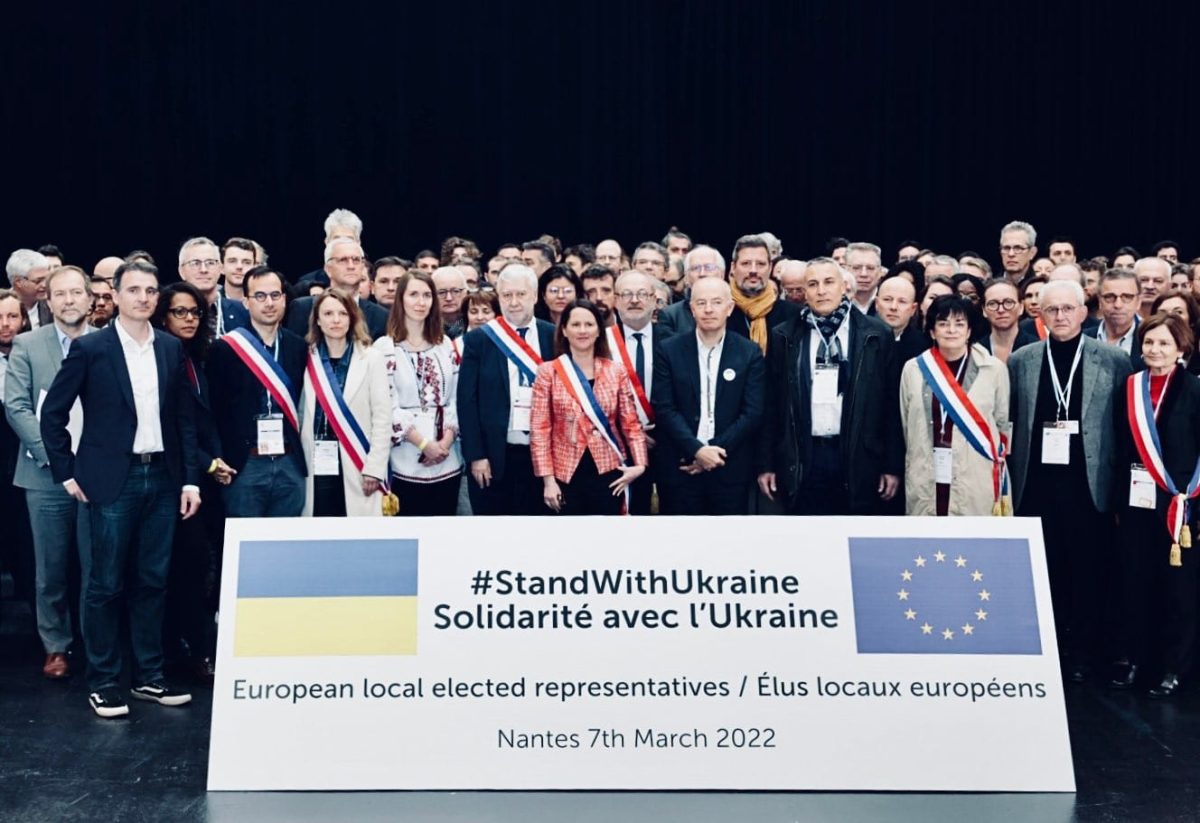 Declaration of local and regional representatives in support of Ukraine

On Monday 07rh March 2022, many local and regional representatives declared their support for the Ukrainian people following the invasion of Russian troops.

We, local and regional government representatives, legitimately elected by our fellow citizens, gathered in Nantes on 7 March 2022 for the Climate Chance Europe Summit:

– Strongly condemn the military invasion of Ukraine by Russian forces;

– Deplore the terrible human consequences of this unacceptable aggression and  express our full support and solidarity with the citizens of Ukraine and our local and regional elected colleagues, who are on the front lines to protect the population and provide them with basic services;

– Express our deep concern about the continuation of essential public services  in view of the massive destruction of infrastructure which will deprive the population of the basic necessities for a long time;

– Recall our commitment to respect the independence and sovereignty of Ukraine within its borders, including the Donbass and Crimea, in accordance with international decisions;

– Support all political and diplomatic initiatives and sanctions against the Russian Federation aimed at putting an unconditional end to this war and ensuring the retreat of Russian troops from Ukrainian territory;

– Affirm our readiness to mobilise ourselves symbolically and materially to help the Ukrainians on the ground and in exile, and invite all European local and regional elected representatives to sign the Declaration of support for Ukraine supported by the Council of European Municipalities and Regions (CEMR);

– Recall our unwavering commitment to the fundamental values of peace, democracy and the rule of law, which are the foundations of the international order and the European project;

– Reflect on the need to review the relationship of energy dependence with the Russian Federation, which may have led to a certain complacency regarding the actions of the Russian government since 2008;

– Consider that any future geostrategic reflection on the place of Europe as a world power cannot ignore energy, environmental, water and climate issues, as well as the prospect of an increase in conflicts in the future if efforts to control climate change are not undertaken rapidly and extensively.