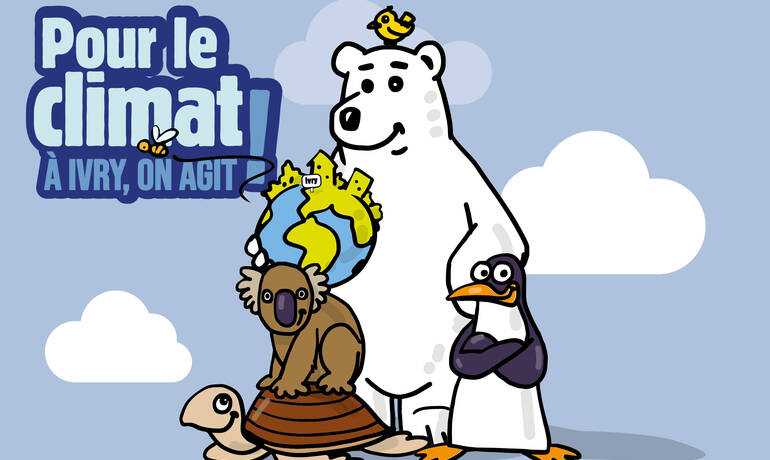 Presentation of Climate Chance, “For the Climate, in Ivry We Take Action!

The Climate Chance Observatory has been invited by the city of Ivry to present its new report on Wednesday, the 1st of December at the Théâtre Antoine Vitez, as part of the campaign "For the Climate, in Ivry We Take Action (Pour le climat, à Ivry, on agit !).

The event “For the Climate, in Ivry We Take Action! (Pour le climat, à Ivry, on agit!)” is a consultation process launched by the city of Ivry to mobilise citizens in the elaboration of policies to mitigate and adapt to climate change at the city level. The final phase of this project is taking place between November 25th and December 2nd, with citizens voting on the 572 proposals selected during the public consultation.

In this context, the Climate Chance Observatory was invited to speak to an audience of citizens, elected officials, municipal services, etc., in order to present a number of takeaways from its publications: Local Action Report 2021, Sector-based Report 2021, and a case study on multilevel governance in France.

Open to the general public, the goal of this talk, based on the work of the Observatory, is to offer clear and concise information about climate action, the COP, to identify key figures and actions, and to emphasize the role of a local authority, such as the city of Ivry, within the climate actors landscape in France.

When will it be held? Wednesday 1 December, 7pm
Where? Théâtre Antoine Vitez, 1 rue Simon Dereure, 94200 Ivry-sur-Seine

Access the useful information here
Other
news
All news
By continuing your visit to this site, you agree to the use of cookies for audience measurement purposes.
DeclineAccept