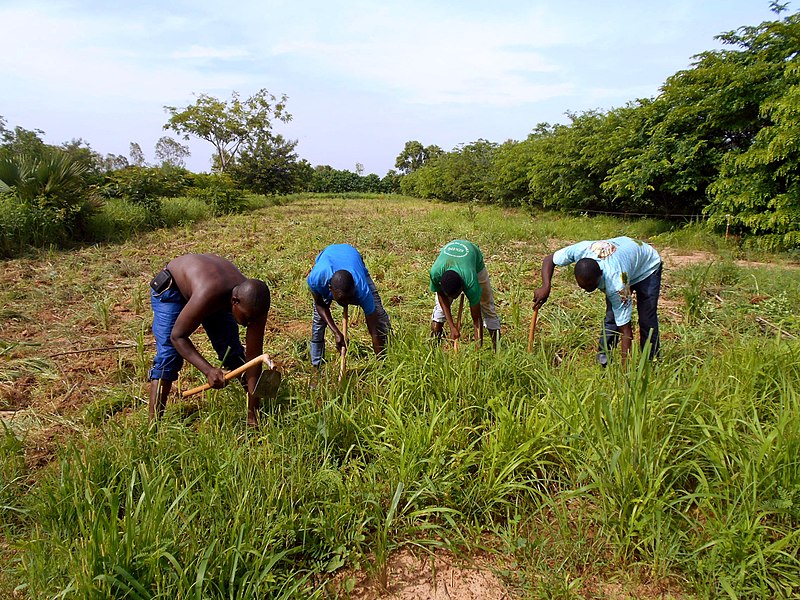 The deterioration of the rural landscape in the Sahel region has worsened in the last decade, endangering local populations. The creation of “bocage perimeters” in this rural landscape is a way to solve problems linked to overly extensive agriculture.

Through a holistic approach to the problem, the experimental farm of Guiè has been able to integrate environmental preservation into the Sahel agriculture thanks to three axes of intervention: applied research, education and direct help to the peasants.

The concept is based on the creation of bocage perimeters in a mixed propriety regime, comprising individually owned plots and common grounds, managed by an association of beneficiaries.

There has been a first pilot experiment in Guié in the 90s. Since 2001, Terre Verte has extended its concept to two other experimental farms in Burkina Faso, in Filly in the Yatenga region and in Goema in the Sanmatenga region

A grove (wegoubri in Mossi language) can be defined as a rural landscape of meadows and/or fields with live fences. The Sahelian grove is balanced milieu created by man where trees, crops and pastures are combined and biodiversity is preserved.

In the Sahel, the first vocation of a the “bocage” is to control water where it falls through the establishment of rock lines, pools and live fences to reduce the erosive action of rainwater and maintain biodiversity in an extremely fragile milieu.

The lands recovered are protected against erosion, biodiversity is enriched continuously.

Thanks to our technical and financial partners

Photos of the initiative

From the desert to the bocage

On the impact of the Guiè/Tankouri bocage, or the way in which, in two decades, an arid land found renewed fertility thanks to the sahelian grove. The camera leads us from an area left to the desert, up to a landscape of lands, pastures and and hedgerows.

The NGO GREEN EARTH has been active in Burkina Faso since 1989 and focuses on a new rural development concept developed by the pilot Guiè Farm in the 90s and now incorporated in to Burkinabe other pilot farms.