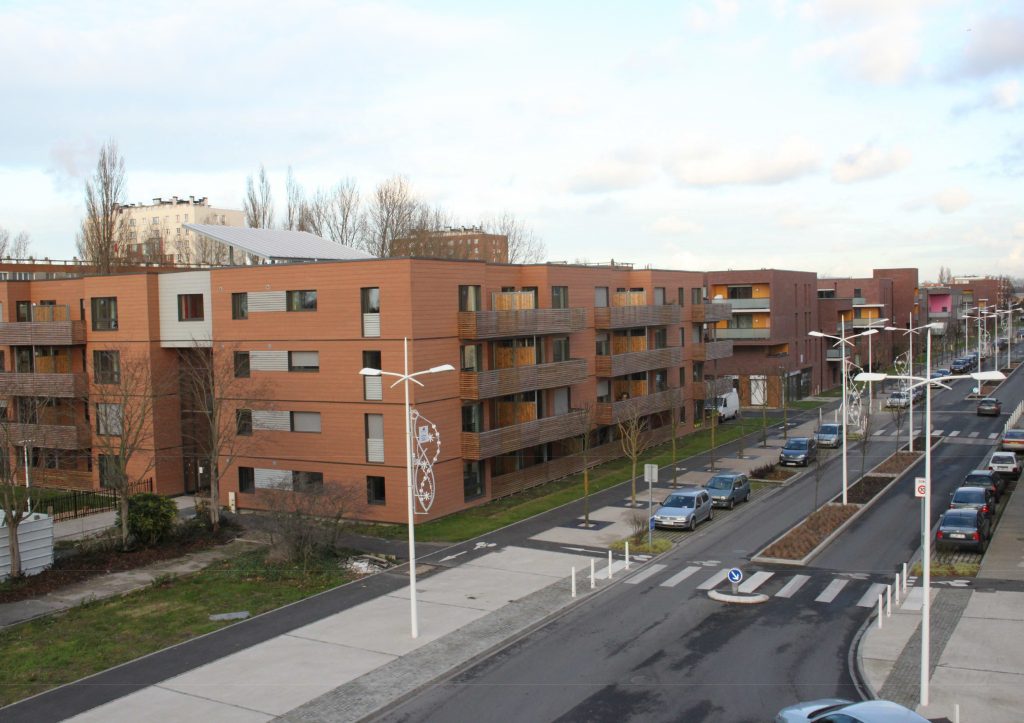 Since 2010, the City of Grande-Synthe has been interested in the first economic lighting models with the installation of LEDs, especially during the construction of the Stadium du Littoral, sports complex with positive energy (roof equipped with a photovoltaic membrane 700 m² and 50 m² solar thermal panel in particular).

The actions carried out concern the renewal of luminaires by LEDs but also the suppression of unnecessary luminaires. For  the sake of circular economy and the fight against waste, the new street lamps are removable and therefore repairable but also recyclable.

This decrease in energy consumption is also related to a work of variation of the intensity of light at night. The lighting is halved between 22h and 6h, and on a district this decrease is experienced up to 80% from 1am.

First French Capital of Biodiversity in 2010, the city has also set up a black framework. Moreover, she signed in this sense, the Charter of sustainable public lighting in 2015 of Noé Conservation.

The first phase of optimization saw the removal of 659 luminaires, the change of 26% of the bulbs in led bulbs and the extinction of 143 luminaires representing an energy that is to say a saving of 21% (at 31/12/2015).

This project has been financed by the City of Grande-Synthe.

Aspiring to the resilience of its territory in the face of energy and environmental crises, and economic changes, the City of Grande-Synthe has initiated a territorial transition dynamic that is both ecological and energy, and more broadly social and economic. In 2011, by deliberation of the Municipal Council, the City of Grande-Synthe declared itself “City in transition”. The challenge is to generalize an awareness of the energy and ecological issues, to make the transition the business of all by strengthening the power of action of the inhabitants.