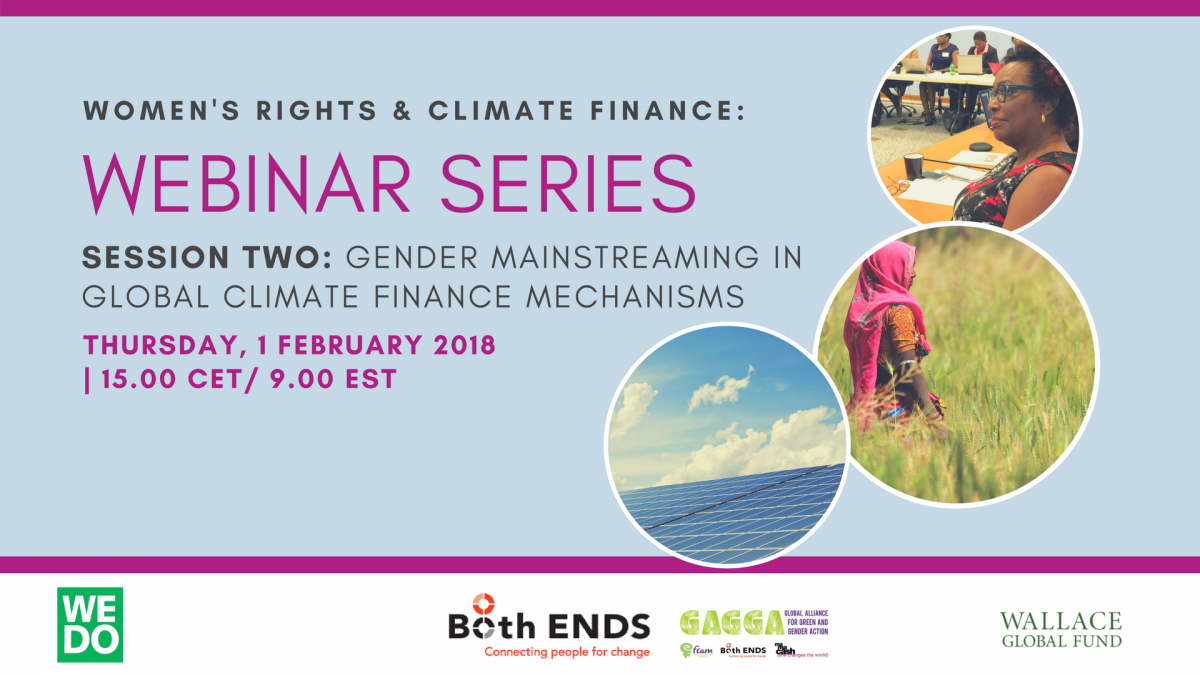 The Green Climate Fund (GCF) is the first climate fund that was established with a mandate to mainstream gender considerations in all it’s funded projects. Thus the GCF can be a vehicle for transformative, inclusive climate policies that fully engage women’s groups and local actors.
The GCF Africa Gender Monitors were established in 2018 and are coordinated by Titi Akosa, C21st Century and Zenabou Segda, WEP Burkina, in partnership with WEDO and Both ENDS. Their role is to track, monitor and influence the projects and financial flows of the Green Climate Fund, and to work on strategies for direct access, in order to achieve gender responsive climate finance on the African continent. Ms Akosa and Ms Segda respectively coordinate an anglophone and francophone regional network of country level GCF gender monitors across a dozen African countries.
The African Gender monitors receive financial support to participate in GCF board meetings, they review the GCF’s proposals for social and gendered impacts, evaluate their gender action plans, among other activities, and provide feedback into all funding proposals and policy documents. The monitors also facilitate the free flow of GCF information from global and regional GCF CSO observer groups to country actors, as well as feedback from country actors to the global and regional GCF CSO observer groups. The country gender monitors, meanwhile, coordinate local women’s groups’ engagement with GCF initiatives as well as facilitate women’s access to GCF at the national level.

Two Coordinators of GCF African Gender Monitors– Anglophone and Francophone – have been established to coordinate the GCF Gender Monitors network] in Africa
Thirteen GCF Gender monitors have been established in 13 African countrie. They are engaging in the Green Climate Fund processes at local and national levels.
Three African GCF gender monitors participated in 4 GCF Board meetings. They have evaluated 15 GCF projects and provided recommendations during the Board meetings
Two webinars on women’s rights and climate finance have been organized, attracting over 50 participants across Africa and Diaspora
One Pan-African information/training meeting on GCF was organized for CSOs during the African Climate Week in Accra, Ghana- March 2019
A template letter has been developed for country GCF Gender Monitors to connect with their National Designated Authorities (NDAs)
A case study on the Africa Gender monitors has been developed

o The country monitors raise awareness with other women activists and gender focused groups and connect with their National Designated Authorities /Focal points, Direct Access Entities (DAEs) and National Implementing Entities (NIEs) to ensure that women’s rights and concerns are mainstreamed into GCF processes and initiatives.
o Country Monitors have provided useful inputs into Funding Proposals from Africa scheduled for approval at GCF Board meetings.
o Africa GCF Gender Monitors have participated in GCF Board meetings and worked with GCF CSO observers to contribute to interventions and/ submissions on various GCF policies
o The African monitors have participated in the UNFCCC COP23 and shared their experiences in ensuring gender responsive GCF processes in Africa during the Gender Just solutions Award of the Women and Gender constituency
o The Africa Gender monitors Network is now connected to the African Renewable Energy Initiative (AREI) CSO platform and are currently working with other stakeholders to organize an African wide energy conference
o for instance, they raised awareness in West Africa about the risks linked to funding biomass energy projects under the GCF and AREI

This project is financed by Both Ends, Global Alliance for Green and Gender Acion (GAGGA) and the Wallace Global Fund, in the framework of the
Project “Participation is Power: women demand gender-just climate finance”, coordinated globally by the Women’s Environment and Development Organization - WEDO 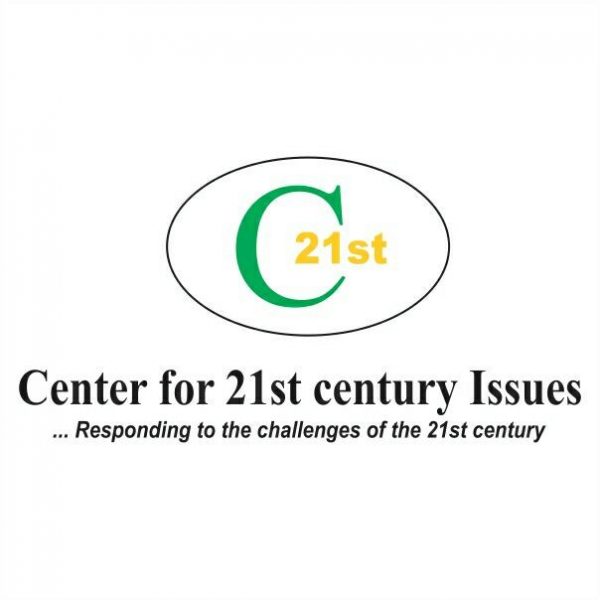 C21st Century Issues is a development organization responding to the challenges of the 21st Century and working for a socially inclusive society. We promote the voices of the poor and disadvantaged groups into policy processes and implement interventions that seek to promote social justice.
WEP Burkina is an association affiliated with WEP Nigeria, acting for environmental protection and fighting against gender inequalities through the promotion of women’s social and economic rights. WEP Burkina implements sustainable development projects that protect natural resources (i.e. circular economy) and empower women to actively participate in shaping a sustainable economy and legal framework.