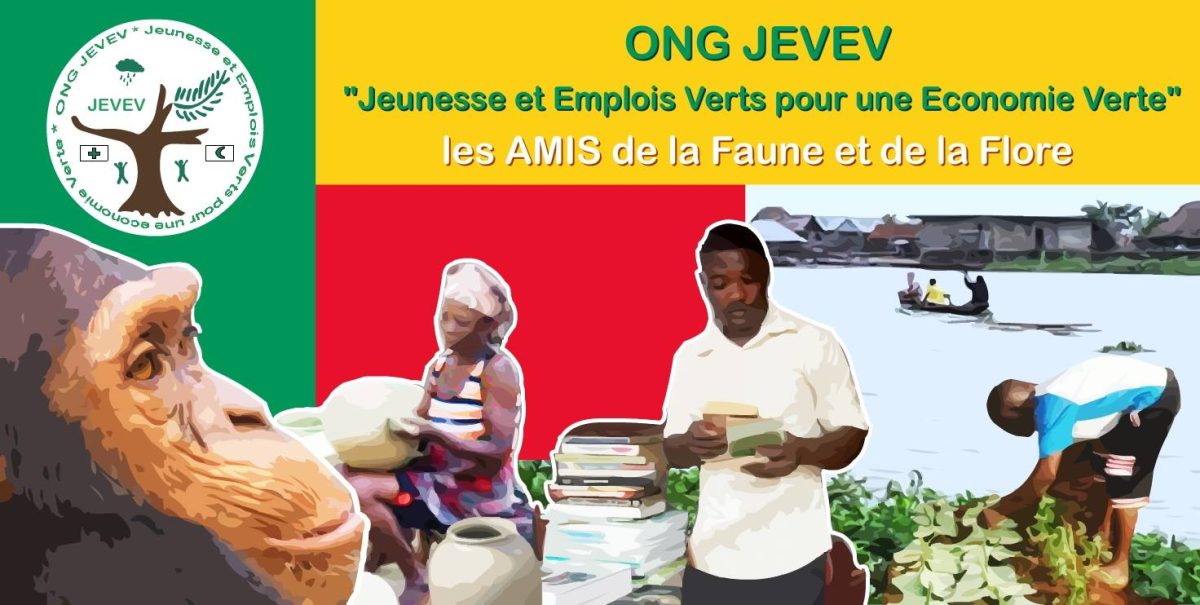 With a surface area of about 4ha, the Siligbozoun and Houessiozoun community conservation areas are today dominated by forest formations of the following types: gallery forests and wetlands composed of six thermal springs.

These community conservation areas have been supported by JEVEV NGO since 2010. Initially, the participatory and community-based approach facilitated the reorganisation of the local management committee, supporting empowerment through the promotion of IGAs. The management of these forests is now experiencing severe degradation and deforestation since the spread of the pandemic, and the decrease of the standard of living of communities.

Because of the pandemic, the international tourism period, which starts in December and ends in May, has also taken a hit and the economic benefits, which these communities used to enjoy, have stopped. The lack of income from tourism and artisanal activities has slowed down life in the custodial communities of these conservation areas. This weakens the way of life of the communities and worsens degradation, deforestation and poaching. People have to turn to agriculture and hunting, but it is imperative that any enterprise in this area is conducted in a sustainable, non-destructive and ecosystem-friendly manner, thus not harming the survival of the wildlife population.”

The pandemic and its aftermath have greatly destabilised the economy of the area and have caused people to hunt and cut timber in disorder without any respect for biodiversity conservation principles. It is still unclear when CODID-19 will free humanity and in particular the communities of the Siligbozoun and Houessiozoun conservation areas.

It is in this current context of COVID-19 that the NGO JEVEV wants to strengthen the resilience of the communities around these conservation areas at the grassroots level through adequate and sustainable solutions to the various problems that prevent the sustainable preservation of these areas and its habitats. We use participatory approaches and take into account the real aspirations and/or needs of grassroots communities.

Strengthen the resilience of communities through adequate and sustainable solutions to the various problems that prevent the preservation of community areas.

The NGO JEVEV (Youth and Green Jobs for a Green Economy / Jeunesse et Emplois Verts pour une Economie Verte) is made up of men, women and young people from all professions with diverse and varied experiences in several fields; it is through the implementation of the 2020 – 2025 strategic plan that the NGO JEVEV intends to begin its contribution to the development of human resources to better lay the foundations for sustainable development for the population at the grassroots level through social, environmental and voluntary work.

JEVEV is a non-governmental organisation whose mission is to strengthen grassroots development through the search for adequate and sustainable solutions to the various problems that prevent the holistic development of the population. The intention is to advocate the development of the green economy, the transformation of production and consumption patterns and finally to be an actor in the reduction and limitation of the growth of greenhouse gas emissions. It uses participatory approaches and takes into account the real aspirations and/or needs of grassroots communities through action research strategies.

JEVEV works primarily in the areas of wildlife protection, poverty alleviation and vulnerability reduction, and in particular in reducing gender gaps by promoting the status of women in our traditional societies and their involvement in the process of sustainable and integrated development. The NGO JEVEV is a management organisation, promoting green economy, environmental education, green entrepreneurship, volunteering and exchange programmes in the Republic of Benin.

To be by 2025, a professional, credible, dynamic, radiant and representative regional organization of all Beninese civil society of youth intervening on the theme of gender and climate change through the promotion of the green economy and volunteerism, integrated into regional and international dynamics, present in all national decision-making and action for the promotion of volunteerism, the green economy, gender and climate change and green employment of youth.

To place the search for well-being in a logic of human development based on a less degraded ecological environment and an adapted socio-economic environment.

To contribute to the development of human resources in order to better lay the foundations for sustainable development for the population at the grassroots level through social, environmental and health issues.

To develop capacities through information, training and practice adapted to the grassroots communities:

Established in 1992, the year of the Rio Earth Summit, the GEF Small Grants Programme embodies the essence of sustainable development by “thinking globally and acting locally.” By providing financial and technical support to projects that preserve and restore the environment, while improving people’s well-being and livelihoods, the SGP demonstrates that community action can balance human needs with environmental imperatives.

The SGP recognizes that environmental degradation, such as the destruction of ecosystems and the species that depend on them, rising levels of carbon dioxide and other greenhouse gases in our atmosphere, pollution of international waters, land degradation and the spread of persistent organic pollutants, puts all life at risk. However, poor and vulnerable communities – the main stakeholders of the GSP – are most at risk because they depend on access to natural resources for their livelihoods, and often live in fragile ecosystems.

The programme provides grants of up to $50,000 directly to local communities, including indigenous peoples, community-based organisations, and other non-governmental groups for projects in the areas of biodiversity, climate change mitigation and adaptation, land degradation and sustainable management of forests, international waters and chemicals.