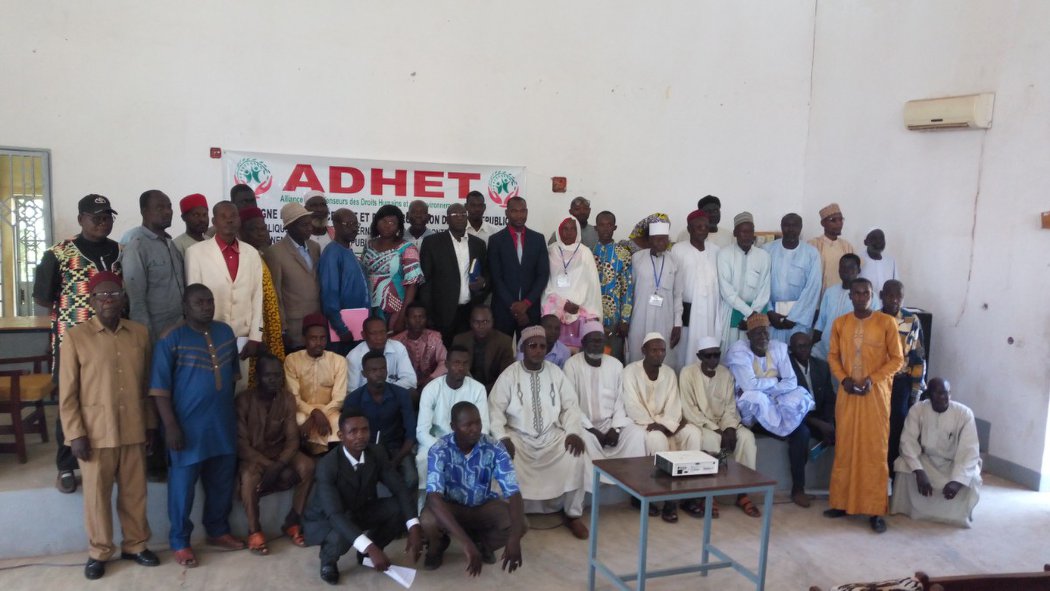 Regression in the rainfall in other regions has forced families to rush to the lake basin culminating in a high concentration of people. As a result, the basin is subject to anthropic pressure, in addition to the natural drying up of the lake water.

In order to slow down the drying of the lake and conserve the ecosystem, rural producers must become aware of the need to adapt to the context by adopting appropriate resilience.

Raise the local population's collective awareness to preserve nature by adapting to the context of climate change.

More than 88 villages were reached by the survey.

22,000 households were reached and listened to.

The Alliance des Défenseurs des Droits Humains et de l’Environnement au Tchad / Alliance of Defenders of Human Rights and the Environment in Chad (ADHET), was born following the emergence of the era of democracy, where citizens can organise themselves into development structures to participate to cultural socio-economic development and promote inter-religious dialogue in the country. A national association with headquarters in N’Djamena, it is apolitical in nature, bringing together human rights and environmental advocates.

Functional in an informal structure for more than eight years, it was decided during a general assembly to formalise the association in order to act officially and participate in the social development of the country. Thus in September 2010, ADHET was created as an initiative of young people concerned about the major social and environmental problems and challenges facing Chadian society. It is a grouping of human rights associations and individuals, human rights defenders, and friends of the environment who have made environmental defence and protection a priority on equal footing with the defence of human rights.

The association has several active members and sympathisers made up of young girls and boys and resource persons. ADHET’s principal aim is to serve the cause of human rights and the environment, and to act as a relay for raising awareness, sensitising, mobilising, and training citizens to change their behaviour in order to respect human rights and the environment. And to fight against abuses of the law and cases of violations, while working for a true culture of peace, for the protection of the environment, and the fight against desertification throughout the national territory. This is why ADHET has a presence in 55% of the national territory. This anchorage in the country is a driving force behind the involvement in the prevention of any attack on the environment and any case of human rights violations.