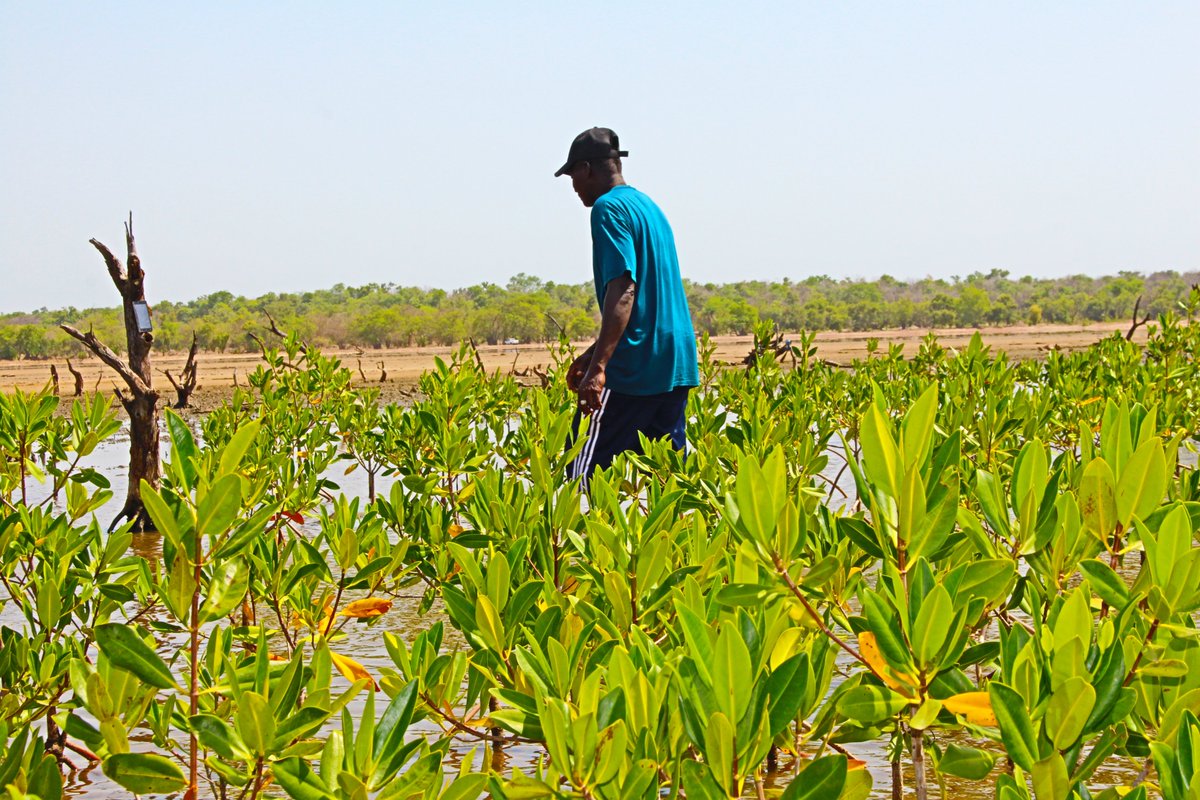 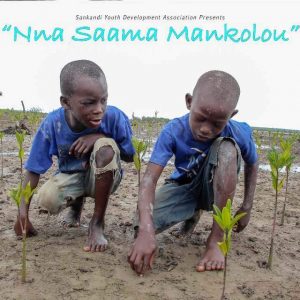 The Bintang Bolong used to have an extensive belt of mangrove forest on both sides of the river, with numerous dead stumps showing the remnants of the forest today. The extent of mangrove degradation along the Bintang Bolong is estimated to be more than 90%, and has had big impacts on the local wildlife and agriculture (Ibrahima, 2012, M’koumfida, Yaffa and Bah, 2018). One example being the protected West African manatees (Trichechus senegalensis), that have decreased in numbers after the degradation of the mangroves along the river (Dodman, Ndiaye and Sarr, 2008).

The majority of the dieback is believed to have been caused by a severe drought in the 1970s, the Sahel drought, leading to deeper tidal penetration, and higher soil and water salinity (UNEP, 2007).

The damming of the tributary in the Casamance Region on the Senegalese side is also suspected to have contributed to the dieback of the forest, creating hypersaline conditions, and susceptibility to fungal attacks (Cham, 2014).

Efforts to replant the area was started with a pilot project in 2012 at an area further down the river, and so far a significant part of the riverbed has been successfully replanted.

The planted mangrove trees are believed to be Rhizophora mangle, but with the propagules being harvested in a separate area, and local knowledge about the different mangrove species being limited, more studies will be needed to be certain about the present species at the site.

Stands of A. germinans grows in drier areas behind the planted mangroves, and several of the stands are associated with a cover of sea purslane (Sesuvium portulacastrum). A. germinans can tolerate higher soil salinity and drier conditions, with at least some trees having survived the die back along the tributary. This is clear from evidence of regeneration, as they are the only mangrove species in the area that has not been planted, and there are fossil trunks still present from the old forest.

The project is designed to restore and conserve mangroves - the local environment, improve the livelihoods of local people, increase food production, and enhance food security in rural Gambia.

Thanks to this grassroots project in rural Gambia, the community organised itself to revert its fate. We initiated sustainable development initiatives for job creation and employment opportunities

The Sankandi Youth Development Association – SYDA is a registered charitable association in rural Gambia, it has grassroots project based in the Kiang West of The Gambia, in West Africa, and focused on restoring the native mangrove forests and empower the rural communities.

The Gambia is the smallest country in mainland Africa and one of the poorest. Shaped by the river Gambia and its tributaries, there used to be extensive mangrove forests, but these have been strongly affected by human action. For Sankandi, and many other communities along the river banks, the loss of mangrove cover has had serious impacts: loss of habitat for fish species, reduced catches, less firewood available, and loss of valuable farmland and rice fields due to accumulation of salt in the soil.

Based on the current results, the project aims to plant 10 Million mangrove propagules to recreate a green belt across rural Gambia that connects the mangrove forests to 6 communities. Next to the mangrove conservation and restoration efforts, the association also has a strong focus on evidence-based data collections through Environmental Monitoring Systems, to create additional sources of food and income, by promoting beekeeping (for honey and wax production), poultry farming, horticultural productions, and the use of solar energy.

In addition, trainings in microeconomic enterprises, and in leadership roles in project management are conducted for women and less privileged youth groups, and school-leavers. The overall goals is to empower local rural communities, and advance several sustainable development goals such as: