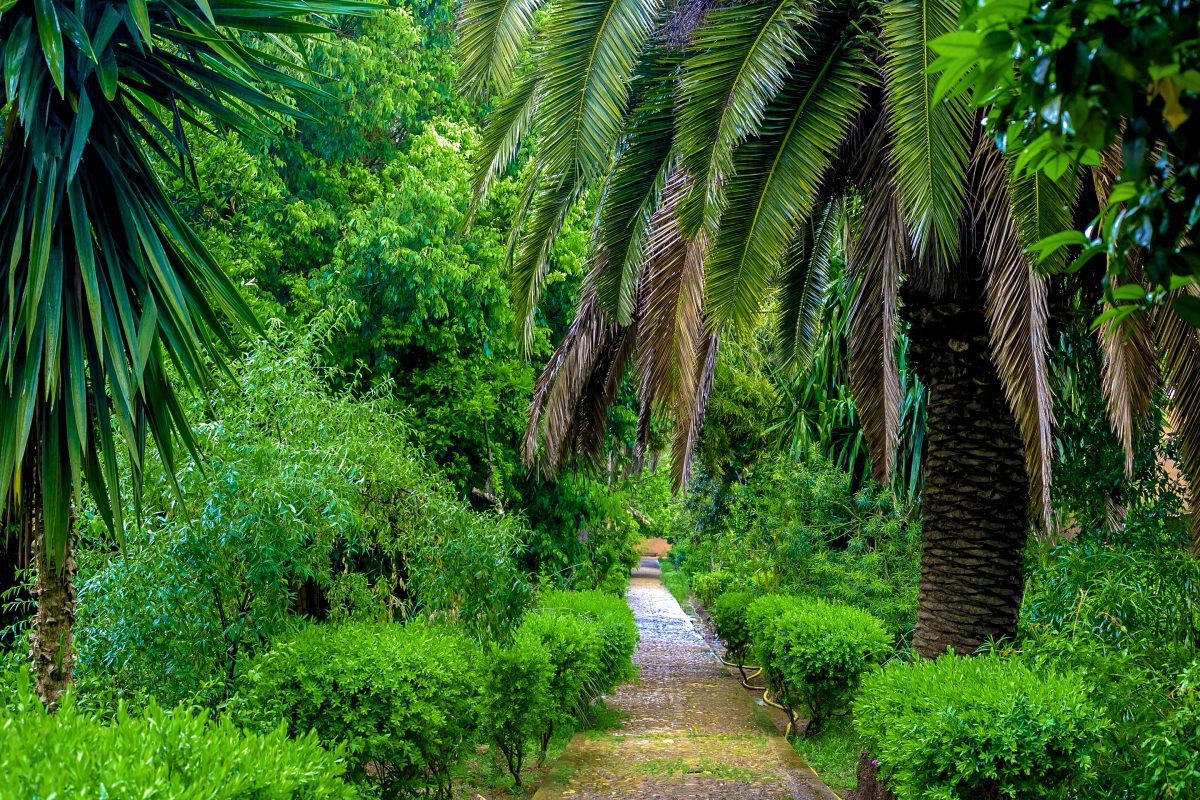 Tropical garden in Sala Colonia and Islamic complex Chellah, mosque and minaret. Chellah is the necropolis of Rabat. Morocco.

The Talassemtane National Park is a key area for plant biodiversity due to its exceptional wealth of red-listed woody species. However, despite the site’s richness and classification as a protected area, the actual state of conservation remains modest and various problems are forcing the park to be protected from illegal exploitation by neighbouring populations, clearing of woodland, arson for market gardening, or illegal cannabis cultivation, as well as the effects of climate change, which have become recurrent.

Nature Solutions has actively participated in updating the Talassemtane Park’s development plan, launched by the High Commission for Water, Forests and the Fight against Desertification (HCEFLCD) in 2017, according to a consultative process involving local stakeholders with a view to revitalising the territory and implementing a new action plan integrating the objectives of conservation and local socio-economic development.

Today, the association seeks to strengthen actions to conserve flora and habitats, while enabling sustainable socio-economic development of the area by federating the local actors who have developed projects for the conservation and enhancement of the Talassemtane ZIP (zone important for plants). Also lacking is a complete inventory of the species in the park’s floristic procession and a mapping of critical or endangered species should make it possible to develop a rigorous monitoring protocol. Nature solutions is also pursing a programme to popularise this knowledge in order to raise awareness of neighbouring populations about the natural economic value of the park. The diagnoses and proposals developed by local stakeholders will be made available to the Talassemtane Park’s management for revision of its development and management plan launched by the High Commission for Water and Forests.

Protecting red-listed plants in Talassemtane National Park from the effects of climate change.