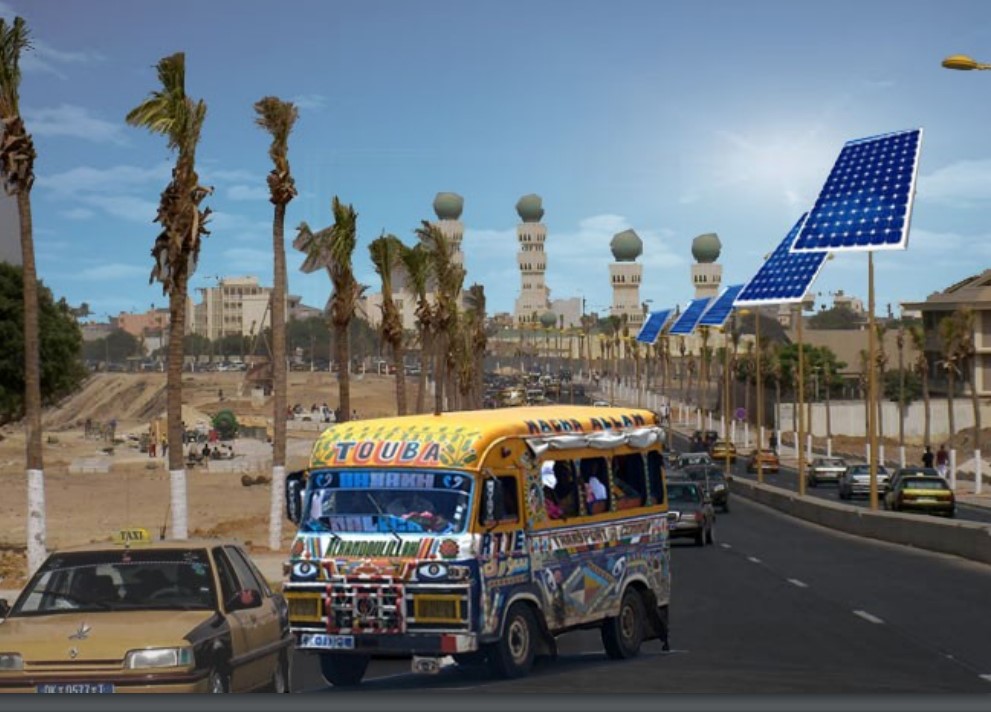 The EcoCar Solaire project aims to transform 20% of public transport to solar energy by converting fossil fuel vehicles from the informal public transport system such as mini-buses (called cars rapides) to solar energy based green vehicles. The project aims to reduce 300,000 tons of CO2, thus eliminating one of the sources of air pollution in Dakar, and to secure 30,000 jobs related to the informal transport sector in Dakar.

The EcoCar Solaire project enhances existing economic structures and know-how. Through the transformation of an existing urban transport network and a low-cost approach, the project secures transport for the most vulnerable strata and the only means of transport that allows market women to transport their goods such as fish and vegetables in the working class neighbourhoods to feed a large part of the population.

The project led by the MUSEKE association and initiated by MANDU|architexture & urbanizm was developed in a participatory process together with the beneficiaries, users such as market women, transport operators, energy specialists and CETUD the main state partner.
The objective is to develop sustainable solutions for public transport in African cities that are easily replicable and accessible to all social strata, while building on existing economic structures, local resources and renewable energy to make cities more resilient to climate change.

The project is mainly financed by private investment and carbon reduction grants.

By engaging in innovative and sustainable projects, the MUSEKE association wants to counter the urban divide and prepare cities of the South to face the immense challenges of climate change and urban growth and to transform their difficulties into drivers of social and economic improvement. MUSEKE promotes the sustainable development of cities in the South by supporting and initiating projects that use green technologies and renewable energy, strengthen participatory and democratic processes, and encourage best practices and exchange between stakeholders and decision makers.

A project
in collaboration
Other partners / supporters