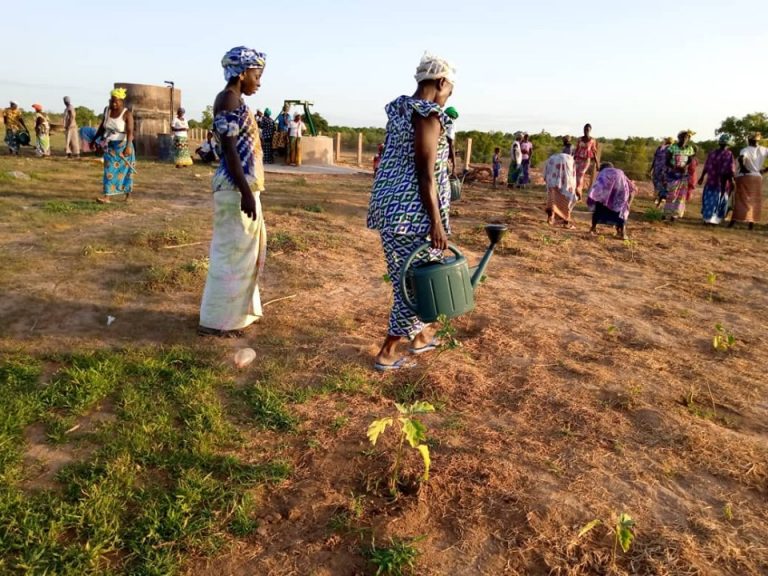 In West Africa, in reaction to the introduction of improved seeds, hybrids and even genetically modified varieties, more and more farmers are becoming aware of the importance of conserving and selecting their traditional local and peasant varieties.

Seed boxes have their own specificities and history; they must be adapted to each terroir (local materials, shape specific to each region, etc.)

It is in this context that the initiative to propose a model of seed storage granary was launched, within the framework of the PADAV project. This approach is based on studies that have shown the loss of large quantities of crops and the difficulties of preserving farmers’ seeds due to the lack of adequate means and effective conservation techniques. Farmers have expressed a desire to revalorize traditional seed saving and conservation techniques.

A study was conducted by ABK-S among family farms to identify current conservation techniques. Subsequently, it was proposed to improve these techniques or to propose granary models based on abandoned ancestral practices. The proposed models must be adapted to the existing environmental conditions and take into account the recommendations of the inhabitants and experts.

The approach was formative and participatory. The sessions gave rise to enriching discussions with the populations, who recognized that the abandonment of good old practices was harmful to their food security. Also, there was a great deal of support for the proposals that emerged from the work.

The proposed granary model favours materials available in the intervention area (up to 80%). The granary had to be able to accommodate several types of seeds (millet, maize and groundnut), arranged in tiers. These seeds should be protected from spoilage factors (pests, humidity, wind, livestock) with the added use of local plants as a repellent. The granary also had to be built according to fireproof standards.

The model adopted was already in traditional use (Bo granary, Krou-Krou in local language). Technical improvements were made, notably through the involvement of the Service Départemental de Développement Rural (SDDR) in the think tank (RAP). ABK-S will then carry out an awareness campaign on the use of these granaries, and the behaviours to adopt (maintenance, security…). These granaries will make it possible to limit the use of chemical inputs in seed conservation, while allowing farmers to reappropriate ancestral techniques, which are just as effective, if not more so, in the fight against spoilage factors.

Co-design with producers of a sustainable tool to save their seeds based on their local knowledge and know-how.

Thanks to the Agence Wallonne de l'Air et du Climat (AWAC) following an award for a climate change adaptation and mitigation project for Southern countries.

Am Be Koun - Solidarité (ABK-S)

Created in July 2010, Am Be Koun Solidarity is a community-based organization open to all citizens of the world who share its vision, mission and values. It aims to be a development support association in order to contribute to the sustainable development of rural and peri-urban areas in Senegal in general and the region of Tambacounda in particular.

Its mission is to promote sustainable local development by contributing to the emergence and strengthening of individual and collective grassroots initiatives.

Its main areas of intervention are services to the population, the environment, sustainable local economic development and participatory action research that benefits communities in the targeted areas.