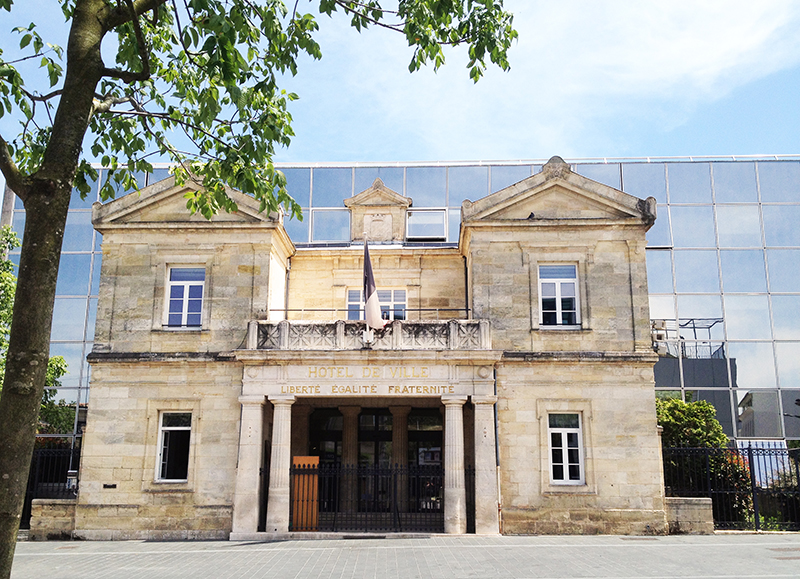 The municipality wished to elaborate a Pluriannual Investment Plan (PIP/PPI in French) for 2020-2026, the total amount of which is €100,000,000. A genuine budgetary management tool, it enables the community to plan all its investments over the duration of the mandate. As part of its commitment to the ecological transition, the municipality goes beyond a strictly budgetary reading by integrating the environmental impact of its actions.

Transforming public action
The municipality has made the ecological transition one of the priorities of the new term of office.

An innovative reference system adapted to the local level

This reference system is based on the four aims of the Agenda for Sustainable Solutions in Pessac:

The PIP will be re-evaluated every year in order to take into account the community’s achievements and needs, while at the same time informing everyone of the impact of the actions undertaken on the environment. To give credibility to its approach, the city called on a recognised external service provider, AFNOR, which, through its expertise, assisted the municipality in producing its reference framework. The agency assessed the four goals of Pessac in relation to the Sustainable Development Goals. Interviews were held with the city officials in charge of the projects included in the PIP.

The aim was to determine the challenges of the projects and their implementation practices. At the end of the interviews, AFNOR produced an overall summary and established a rating scale ranging from 0 to 3 in order to measure the impact of the projects (the PIP in its entirety, with a focus on certain major projects of the term of office) on each Sustainable Development Objective.

The aim of the "Green PIP/PPI" project is to carry out, in partnership with AFNOR, an objective evaluation of the ecological impact of the 100 million investment projects registered for the 2020/2026 mandate, based on an impartial, rigorous and recognised methodology, based on the 17 UN Sustainable Development Goals. This methodology will be deployed on the entire municipal budget (investment and operation) from 2022. The project was presented to the Pessac City Council at its public meeting on 30 March 2021.

Index from 0 to 3, developed by AFNOR, which reflects the level of the city’s contribution to the various Sustainable Development Goals (SDGs):

– Score out of 20: To make the environmental impact assessment more readable, the City has transposed the average score obtained for each of the goals of the Sustainable Solutions Agenda into a score out of 20.

The evaluation provides an initial assessment of the ecological impact of each action, and also allows us to set out on a path of progress by adjusting the work programme initially planned to integrate the virtuous orientations of the SDGs.

Fully funded by the City of Pessac

With 65,000 inhabitants, Pessac is the 3rd largest town in the Gironde after Bordeaux and Mérignac and the 7th largest town in the Nouvelle-Aquitaine region. As the south-western gateway to the Bordeaux metropolis, Pessac benefits from a privileged geographical location which makes it accessible by transport.

The presence on its territory of part of the Bordeaux University Hospital, and the university campus identifies Pessac as a health city oriented towards the world of innovation. Pessac is an attractive city for economic players, but also for families.

Indeed, with a wooded heritage – parks, forests, vineyards – which increases over the years, Pessac is appreciated for its quality of life. With its 18 districts accessible by public transport, Pessac is a city of villages. Each with its own commercial centre and local services, the concept of “City of a Quarter of an Hour” takes on its full meaning. Preserving the balance between town and country, while building the town of tomorrow is the guiding principle of the municipal team.

To meet this challenge, four pillars will guide municipal policy over the next six years:

It is a need for balance and equity that is expressed on a daily basis between families and between generations, between neighbourhoods.