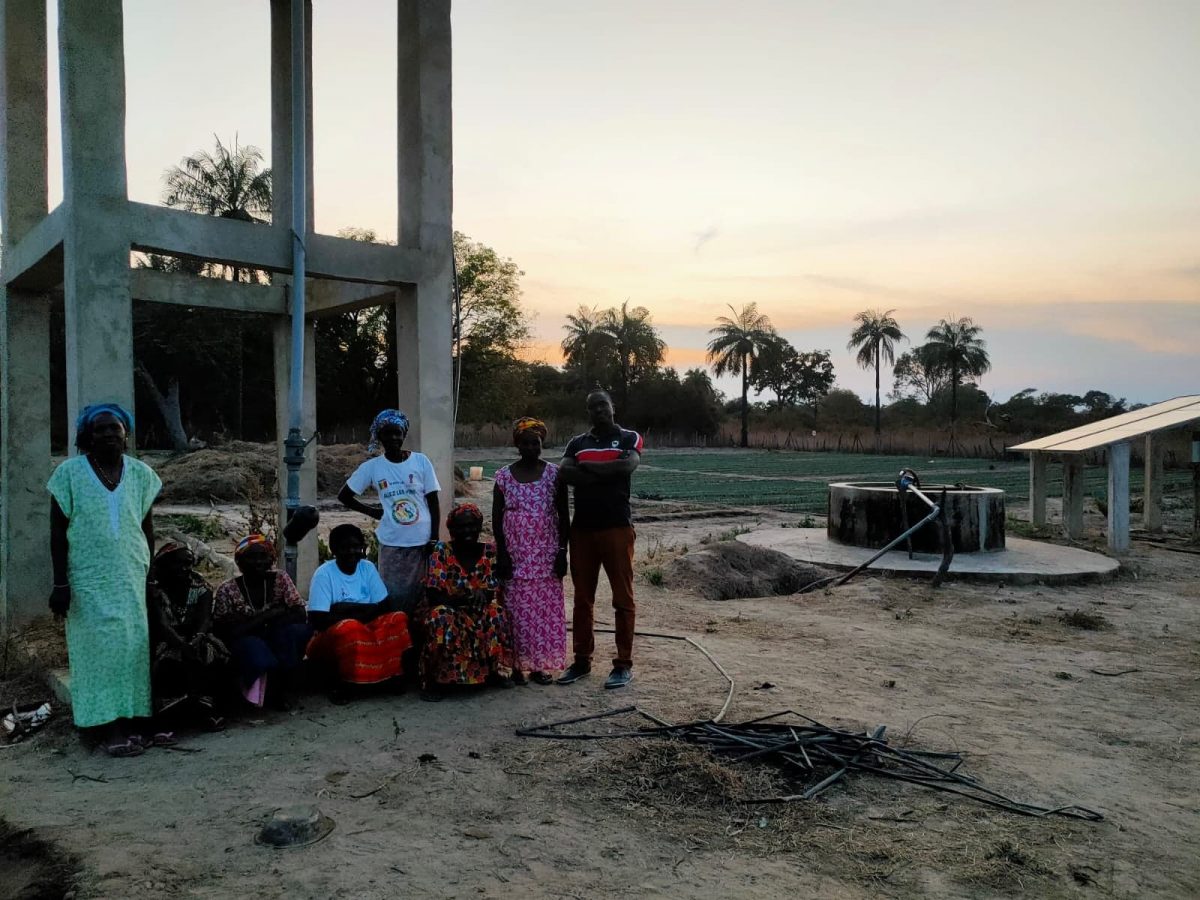 The continuous decrease in rainfall in Casamance led to the development of vegetable farming as a prominent agricultural activity in the region economy, in addition to rice productions. However, the income generated by this activity remains scarce, in fact : there are only small dedicated areas for agricultural activities, water resource management is a challenge and processing and marketing activities are insufficient.

The EGALES project, which is the result from a collaboration among local stakeholders, who were for the most part involved in the pilot project PANENCA, aims to improve in the long run the living conditions, and increase income for women producing vegetables in the commune of Ouonck, Senegal. It will modernise 7 vegetable farming perimeters by harnessing solar energy, and optimising water consumption using solar pumps combined with a drip irrigation system ; this will mitigate the effects of climate change, and help adapt.

EGALES also aims at strengthening women’s skills and assets in the agricultural industry, while decreasing the work drudgery, to improve their resilience and adapt their agricultural practices to the current environmental challenges.

The expected results from the project include the following:

Improving the autonomy of women farmers by modernising their practice via solar energy, and optimising water consumption with better water management.

With regards to the qualitative results of the project, those 3 have to be implemented throughout the full length of the project. They are the following :

Fondem focuses its actions where electrification is the most needed: the rural areas of Sub-Saharan Africa. Access to electricity is a prerequisite for development, and the choice of a renewable source allow to mitigate climate change effects. Our approach sees electrification as a mean to achieve economic development. Fondem intervenes at all stages of a decentralised rural electrification project, in collaboration with its local partners, notably by establishing income-generating activities to foster economic development while securing stable demand and revenues for a durable electricity service supply.

CGESO has the experience required to play its key role as a main local partner as it operates nearly 200 solar systems, and 2 solar pumps owned by the commune of Ouonck.

Fondem helped to set it up in 2011 during the project ESSEN II, and supported their autonomy by training them when cooperating on projects. Moreover, as it was already a partner for the project PANENCA, CGESO has a local legitimacy to intervene; in fact as a result of the PANENCA initiative, 98% of the women declared being satisfied by their relationship with the operator, while 92% were satisfied by their technical support.

Following the success of its operations and given the GPFs’ need to benefit from modern infrastructure for pumps and product processing, it made sense to associate this Economic Interest Group with the development and implementation of the EGALES project. Regular contacts with its coordinator, Mr Mobutu Diédhiou, helped identify the structure’s needs in terms of tools and support, so 10 of its members (5 administrative and 5 technical staff) will receive occasional training throughout the program (accounting, management, office automation).

CGESO will organize awareness-raising trainings for the GPF on the use of the equipment, and within the framework of the maintenance contracts signed with the GPF, and upon fee collection, it will be responsible for the maintenance, and upkeep of the electricity production systems installed during the project: solar pumps, solar system for the processing/preservation of truck farming products.